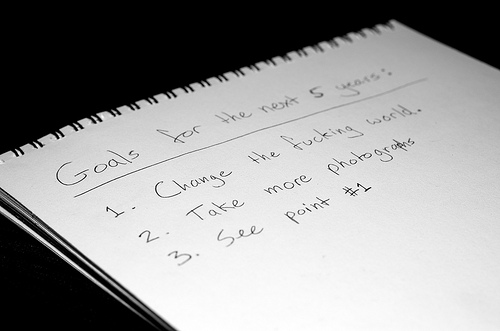 Ah, you expect so much – of self and others – on the job. How much of the stress you experience comes from trying to juggle too many roles, goals, and projects simultaneously?

Take a hard look at your current goals. As a human being, your maximum capacity is four to six priorities at a time. Identify the top four and renegotiate the rest with your manager or affected clients. Then focus all your energy on those four. When one is completed, pull another off the list, but never hold more than four at a time. You will find that you get more done (and at a higher quality) by working on ONLY four priorities at a time than you did when you tried to juggle ten or twenty.

Why is this true? Go back to fifth grade and the physics of friction: when you eliminate friction points – e.g. resistance, discontinuity, resource and schedule conflicts – between those multiple simultaneous priorities, the energy that used to go into unproductive juggling now goes into DOING.

An Exercise in the Workplace

Choose an associate who appears overwhelmed. Put yourself in the place of a coach, and ask: “What would you be able to accomplish tomorrow if you only had to worry about ONE THING?” Draw out an answer, then help them structure the next day around that single focus and protect them from distractions.

This may not be a drill you can do often; yet you will be amazed at the payback from your efforts.

Remember, Leadership is not about a title: Anyone can be a leader if they model effective habits and share their great ideas with others!


Read more articles like this one in: In the workplace, Leadership