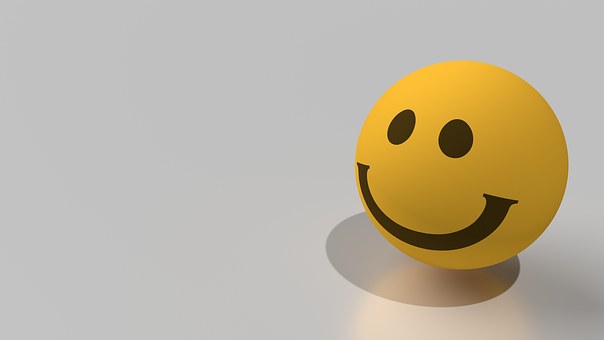 Back to Basics – What is Happiness?

For my 150th newsletter I decided to revisit a basic: what is it?  When I deliver a keynote talk on Happiness I start by asking, “How do YOU define happiness?” Once audience members share their ideas, I offer two definitions I favor:
One is from the dictionary:  Happiness, hap-ee-nis, n. the quality or state of being joyous, glad, or contented.
The other comes from my own research and experience: Happiness is wanting what you have.

Happiness is Wanting What You Have

Think about it: Happiness is the capacity to sit with what you have right now and say, “This is nice.” Once you shift focus to what’s next you leave Happiness and move into something else: Ambition, perhaps, or Desire, Insufficiency, Hunger, or even Discontentedness.
I’ve defended these two definitions for years. An incident two weeks ago challenged my definition, however, and caused me to consider variations on my main theme.

A Short Story That Could Have Ended Badly

I was in Jacksonville, Florida for a speaking engagement. Wednesday evening I’d arrived and had dinner with my hosts. On Thursday morning I delivered my program to a roomful of Human Resources professionals. After some post-talk Q&A I headed to the airport for my 2 PM flight to Cleveland, with arrival at 4:45 PM.
My plane finally landed in Cleveland at 10:30 PM – on FRIDAY. Yes, 30 hours late.
The delay unfolded as a slow drip-drip-drip of tiny breakdowns. First a delay. Then another. And another and another. Then we boarded the plane. A mysterious “computer issue” surfaced. After two hours we were served water and snacks. At three hours we deplaned. Then vouchers, shuttles to a hotel, and return to the airport for a new flight the next morning. A new plane arrived. More “computer issues.” One delay, two delays, three delays, each one perfectly spaced such that it felt far away yet close enough to generate Hope.
I could go on, but you get the idea.
While I felt some frustration at the delays, I had my technology, so was able to complete a full day of work on Friday from my hotel and the airport. That gave me the opportunity to turn the event into a case study of emotions, both my own and others’.
All About Me: At each delay I took a breath, got myself grounded, and looked for the positive. I had what I needed to function. My meals were paid for. I got to spend a lovely night in Jacksonville’s 72°F breezes while Cleveland endured a chilly sleet. I focused on being happy with what was available.
All About Them: Fellow passengers had to miss connections, company functions, rehearsal dinners for weddings, or even days of work. Yet I witnessed little correlation between the degree of inconvenience and the emotions provoked. It turned out to be a stellar demonstration of the teaching: “we see the world not as it is but as we are.”
A young and highly excitable woman who was making the trip “just for fun” reacted as though the entire Universe had conspired to make her life miserable. Her Anger was bright and hot and needed to be shared with everyone. She made loud phone calls, yelled at people, and in the end vowed vengeance on the airline, even as she cancelled her plans and went home.
Some posted nasty things on social media, seeking to star in their own film titled, “Victimhood!” Several declared “I will never fly this airline again!” (while accepting $200 in vouchers).
Yet others simply opened their Kindles and curled up with hot tea and a good story. One woman was traveling alone with a nine-month-old baby (who was better behaved than many of the adults), and she confided in me, “I know that she will pick up on my emotions, so as long as I remain calm, so will she.” An enterprising young man “attended” a bachelor party via Skype, toasting the groom from the airport bar.
This latter group represented those who found Happiness in their circumstances despite obstacles.  They found a way to be content with what they had.

Happiness is having what you want (sometimes).

The opposite, having what you want, is really not the path to Happiness. Lust, Jealousy, Entitlement, or instant Gratification tend to travel with needy people for whom Happiness is a fleeting sense of pleasure.
Still, I gotta tell you that when I took my seat on Friday evening and the plane began to taxi for takeoff, I was truly happy getting what I wanted — to go home!
While reflecting on this tension in my definition of Happiness, I noticed two other corollaries:

Happiness is not wanting what you don’t have.

While Happiness can be wanting what you have (contentment), it can also be the opposite: not wanting what you don’t have.
We are bombarded with imagery and messaging that reminds us we are entitled to have better technology, newer versions, prettier stuff, and have bigger, better adventures.  My mailbox (both the actual and the virtual) is stuffed with “deals” every day, and I could spend considerable time and money in acquisition of stuff.
What my fellow passengers and I wanted was control but we had none. Letting go was key for those of us able to find happiness in the situation.
By managing your awareness, you empower yourself to ignore all the rest and let go of wanting what you don’t possess.
And finally:

Happiness is not having what you don’t want.

Having something can be a joy AND it can be a burden. You have to clean it, water it, store it, talk about it, put fuel in it, or make payments on it. When you are surrounded by clutter – literal, digital, or interpersonal – it weighs you down. I’ve written in the past about managing your tolerations; when you take action to dump or delegate or otherwise get rid of what you’re putting up with, you create space for Happiness and other positive emotions to show up in you.
Arguing with reality is a form of toleration, or suffering. All the passengers wanted the problem solved, but nobody really wanted the responsibility to make it happen. I was happy it was not my problem!

Which most resonates for you?

Try applying one of these to a current situation where you’re seeking happiness, and look for the opportunity to change the conversation you’re having with yourself.
Remember, Leadership is not about a title; anyone can be a leader who can (at least occasionally) nurture a sense of satisfaction and joy in themselves and others.

The 13 Principles of Happiness offer a framework for a happier life. Print a copy here, and post it on your workstation or fridge as a reminder to live your life deeply and from a happy space.


Read more articles like this one in: About Happiness, Happiness Tips, Practicing Happiness